Founded by musicians of the Lyric Opera Orchestra in 1989, The Chicago Philharmonic Society is a collaboration of over 250 of the highest-level classical musicians in the Midwest. Our orchestra, known as the Chicago Philharmonic, has been called one of the country’s finest symphonic orchestras, and our unique chamber music ensembles perform as Chicago Phil Chamber. The brilliance of our structure is in our versatility – we curate the best ensemble for each concert from our exceptional pool of musicians, be it classical, jazz, pop, movie concerts, outreach programming, and everything else. 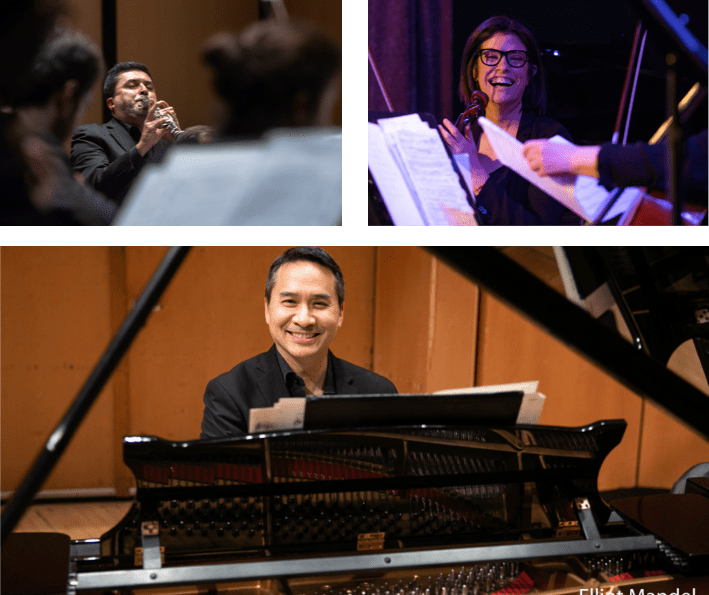 Chicago Philharmonic is the premier collaborative orchestra in the Midwest, providing orchestral support to local, national, and international arts organizations. In addition to our 30-year relationship with Ravinia Festival, we served as the Official Orchestra of the Joffrey Ballet for nearly a decade.

Throughout the history of The Chicago Philharmonic Society, musicians have guided the policies and practices of the organization. This active involvement by musicians is now a formalized part of our organizational structure. We describe our large pool of performing members as a “Community of Musicians,” a phrase coined by Pierre Boulez as the ideal form for a major musical arts organization.

One basic principle guides our structure of musician leadership: We are most effective at achieving our musical aims when guided by musicians. Members participate in several ways: 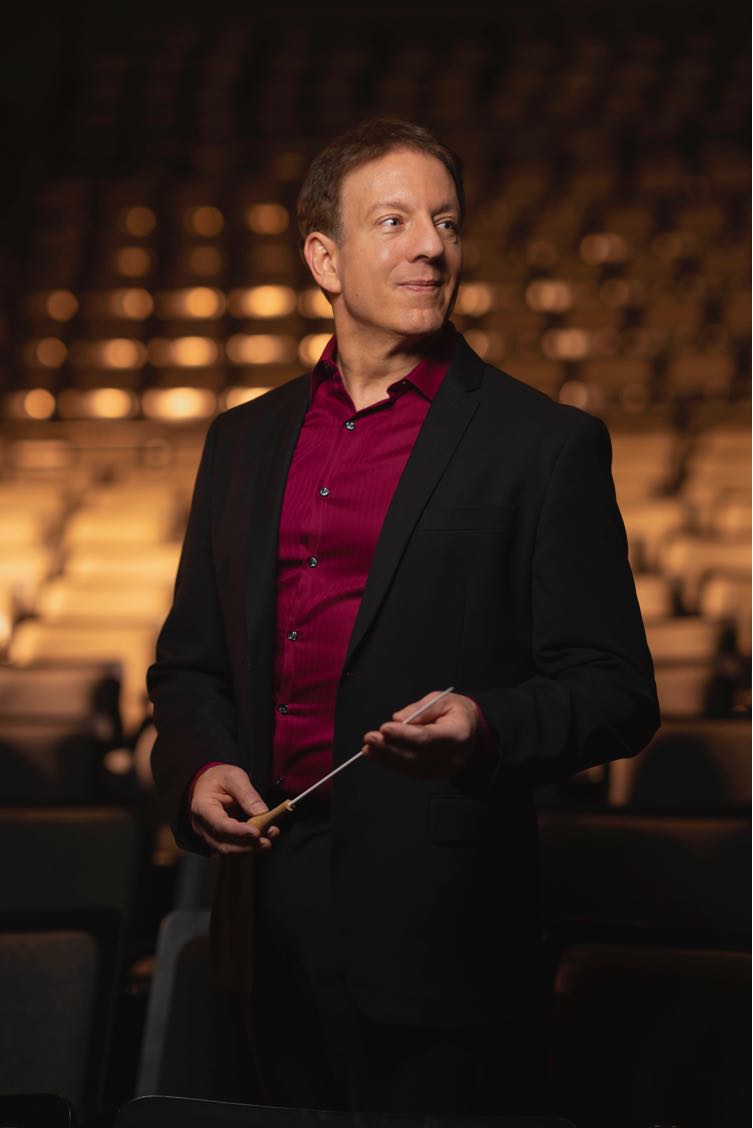 Chicago Philharmonic’s beginnings go back to 1979 when principal musicians from the Chicago Lyric Opera Orchestra formed Orchestra of Illinois to present and play symphonic performances outside of the opera hall. Although this organization was disbanded in 1988, musicians rallied again that same year to create the Orchestral Society of Illinois in June 1989; the precursor to the Chicago Philharmonic Society.

After years of musical planning and fundraising, the Society, under the governance of President Temma Abram presented its inaugural concert with Larry Rachleff conducting Symphony II in March of 1991. Maestro Rachleff continued to lead as Orchestra Director for 23 years. During this time, the orchestra had a working board that contained several musicians and engaged Theodore “Ted” Kaitchuck as Personnel Manager from 1991-2013; this role was also held by Terrell Pierce from 2013-2019 and most recently Nathaniel Davis. It was in these years that the orchestra began performing as the Ravinia Festival Orchestra. The Society expanded in 1995 to staff a General Manager, Lynn Juniel, who managed day to day operations, as well as many faithful volunteers, who was then succeeded by Ben Rachleff until 2010.

The Orchestral Society of Illinois appointed James T. Berkenstock, an original founder, as President after the untimely loss of Temma Abrams in 1999 and continued to serve for nine seasons when the orchestra formed its relationship with Salute to Vienna. Under the direction of Maestro Rachleff and Mr. Berkenstock, Symphony II was honored as the Illinois Council of Orchestras Orchestra of the Year in 2002. The orchestra changed its name to the Chicago Philharmonic in late 2004 to better reflect the orchestra’s offerings and celebrate its relevance to the Chicago community. Ted Davis served as President faithfully from 2009-2011 and guided the Society during its economic downturn in its 2008 season where the orchestra experienced reduced programming.

2010-Present: A Community of Musicians

Donna Milanovich began to serve in a part-time capacity as Executive Director starting in 2010 along with Paul R. Judy who came on as an advisor to spearhead formalizing the orchestra’s unique organizational structure. The Society held many research-based meetings about how to develop a type of governance that would be built upon respect for one another fused by a mutual love of music, which began the music household that has become our Chicago Phil family. 2010 also marked the beginning of the Chicago Phil Chamber series, formerly known as Chicago Phil Chamber Players and CP2, where musicians performed self-curated, unique, and intimate performances in Hinsdale, Park Ridge, Mather in Evanston, and Jazz Showcase. Guillermo Bublik served as President in 2011-2012 as the Society was in the midst of developing a structure that would continue its long-time culture of musician leadership and participation.

In 2012, through the tireless efforts of the new Board Chairman Paul R. Judy and first Executive Director Donna Milanovich the orchestra formalized its unique, ground-breaking structure of a musician-governed society supported by active membership of musicians and non-musicians. The Society described itself as a “community of musicians,” where world-class orchestral musicians were encouraged to participate in meaningful leadership roles under the now-proven assumption that this would lead to insurmountable growth. The phrase was coined by Pierre Boulez as the ideal form for a major musical arts organization and endorsed by prominent thinkers including Robert Shaw, Gunther Schuller, Ernest Fleishmann, and Bruce Coppock. 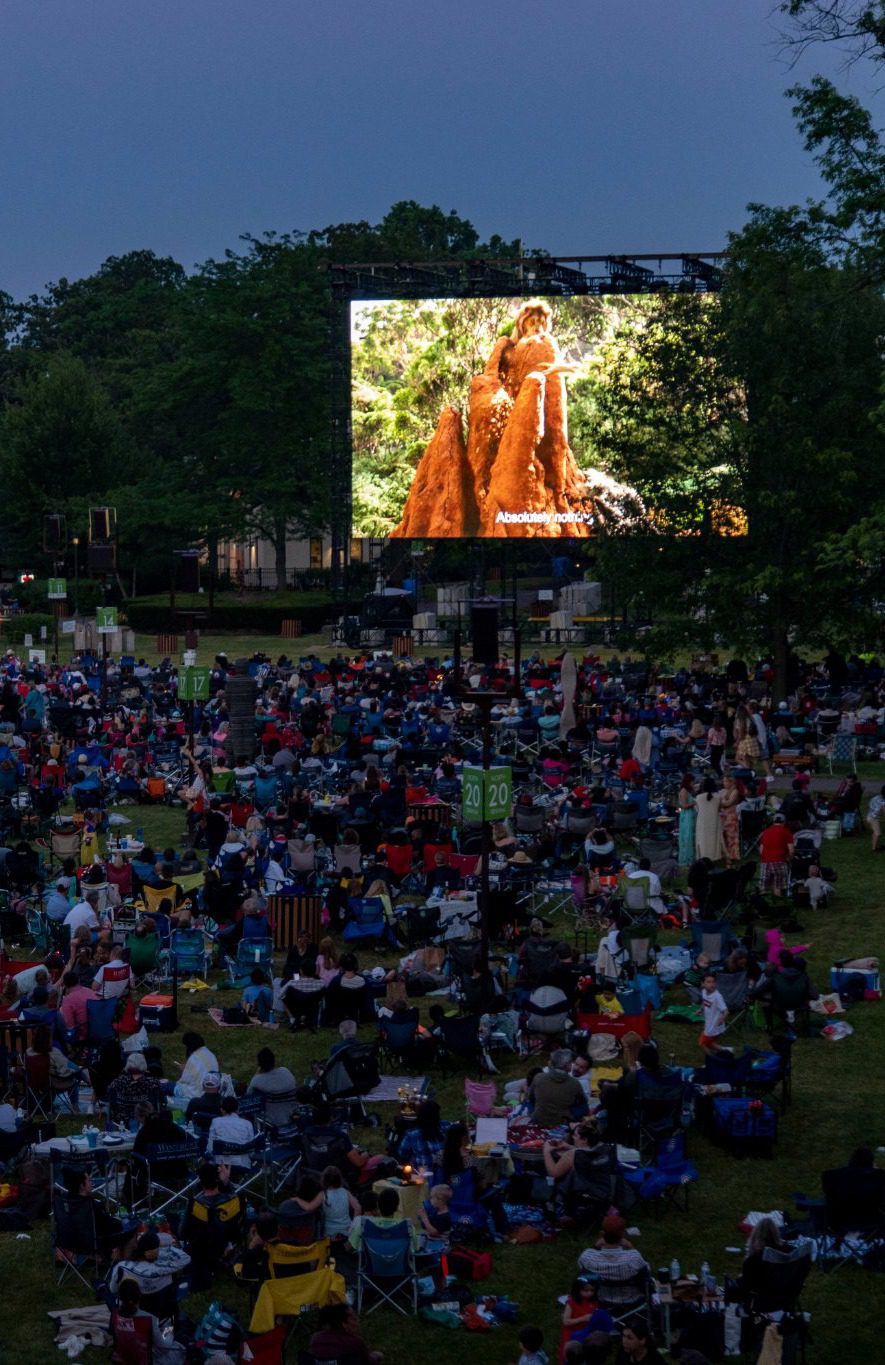 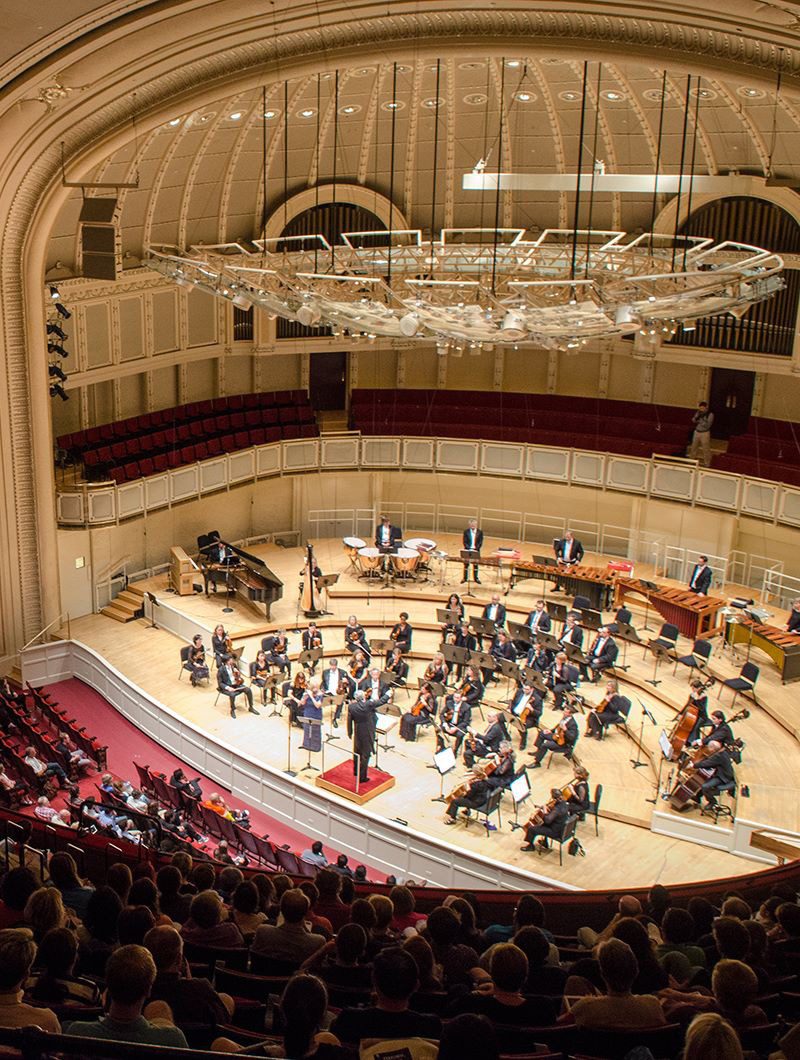 Also in 2012, the Chicago Philharmonic began serving as the official orchestra of the Joffrey Ballet, providing live music for all their performances at the Auditorium Theatre. In July of that same year, the Society adopted the formal name The Chicago Philharmonic Society, which reflects the organization’s structure, increasingly diverse music offerings, and varying ensemble sizes from symphonic to chamber. Board Chairman Paul R. Judy was responsible for establishing the Society’s first Endowment Fund. During this time of growth, Scott Speck was named Artistic Director and Principal Conductor in July 2013 to lead nearly 200 of the highest-level classical musicians performing in the Chicago metropolitan area. In the years since, the Chicago Philharmonic has consistently won praise from music critics and audiences alike.

In 2015, Tom Manning began serving as Board Chairman, and under his leadership, the Society continued its strong financial growth with 8 consecutive years of an operational surplus. After performing symphonic concerts primarily in the North Shore (Evanston) area, Maestro Speck led the Chicago Philharmonic in its first self-presented concert in the city of Chicago in May 2016, when the orchestra became a resident ensemble at the Harris Theater for Music and Dance in Millennium Park. The Illinois Council of Orchestras has awarded the Chicago Philharmonic “Orchestra of the Year” (2018), “Programming of the Year” (2019), “Community Relations of the Year” (2019), “Executive Director of the Year” (2020), and in 2021 awarded Principal Conductor and Artistic Director Scott Speck “Conductor of the Year.” Likewise, our organizational structure has become a shining example for musicians and orchestras everywhere. 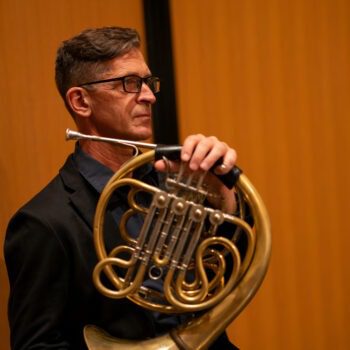 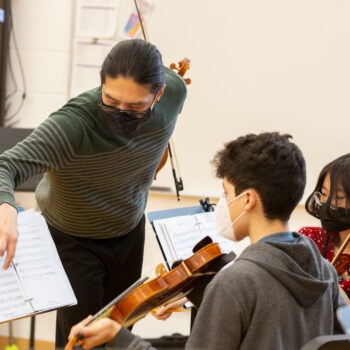 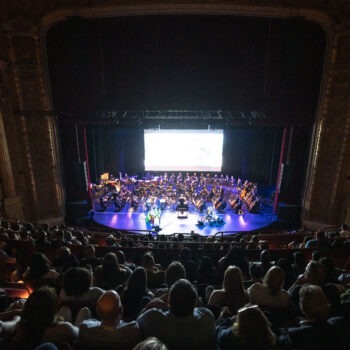 What Our Fans and Critics Are Saying

"What once felt ritualistic and intimate now is big, bold and public — a joyous affirmation of commonality across world cultures..."
– John von Rhein, Chicago Tribune

"We were seeing real people who looked like us on the movie screen...and in the Philharmonic on stage"
– Kathy Hey, Third Coast Review

"I don't know how I can top the experience I had at the Chicago Philharmonic. Thank you for being a catalyst to a memory of life time."
– Audience member