Everything you need to know about our Venues

The Auditorium Theatre has a past that follows the path of Chicago’s history, from the Great Chicago Fire and World’s Columbian Exposition of 1893 to the great rock and roll era of the 1960s and 1970s to the present. From opera to hip-hop, from political conventions to sporting events, the Auditorium Theatre has played a role in the lives of Chicago citizens for 130 years. 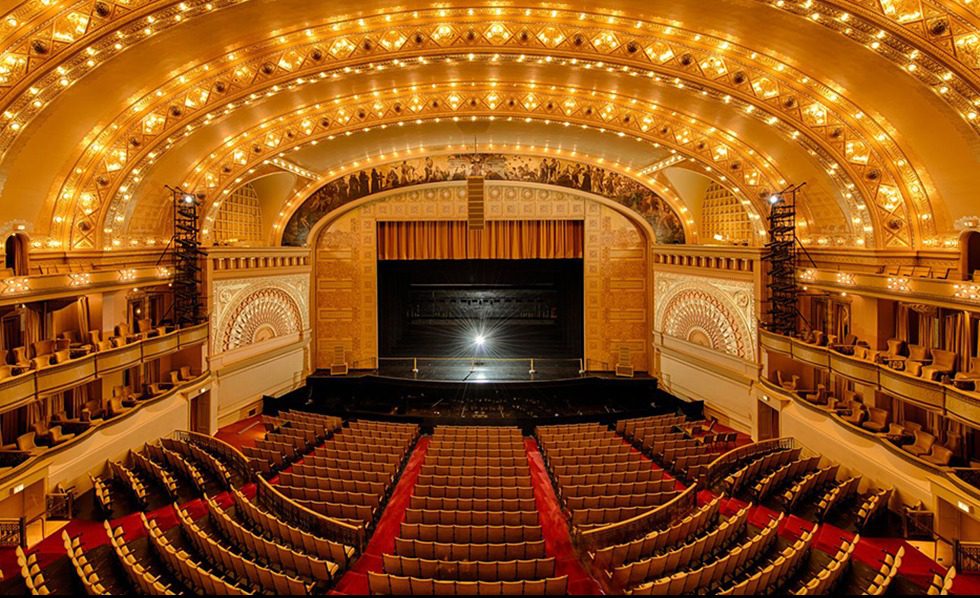 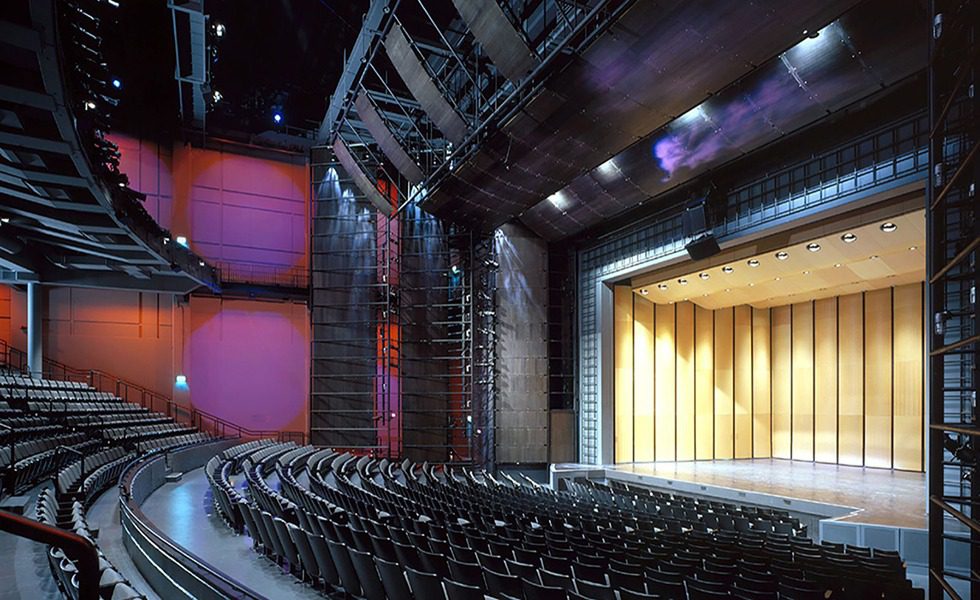 Harris Theater for Music and Dance

Opened in 2003 in Millennium Park, the Harris was the first multi-use performance venue built in downtown Chicago since 1929, and fulfilled the city’s need for a shared home for performing arts organizations. Today, the Theater features some of the most diverse arts and culture offerings of any venue in the city, and is a distinctive model for artistic quality, collaboration, and making the performing arts relevant and accessible to the widest possible audience.

The North Shore Center for the Performing Arts in Skokie is a dynamic two-theater complex operating as part of the Village of Skokie plan to provide cultural, literary and educational programs to benefit Chicago’s North Shore. The facility features an 867-seat mainstage theater and a convertible 318-seat theater. The Center is home to Chicago Philharmonic, Northlight Theatre, Music Theater Works, and numerous other cultural organizations and special events each year. 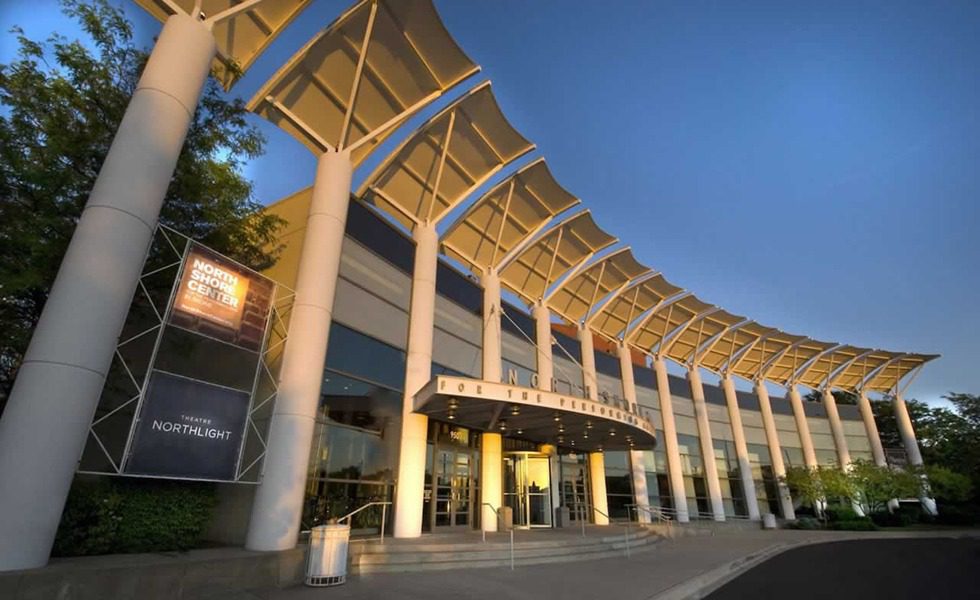 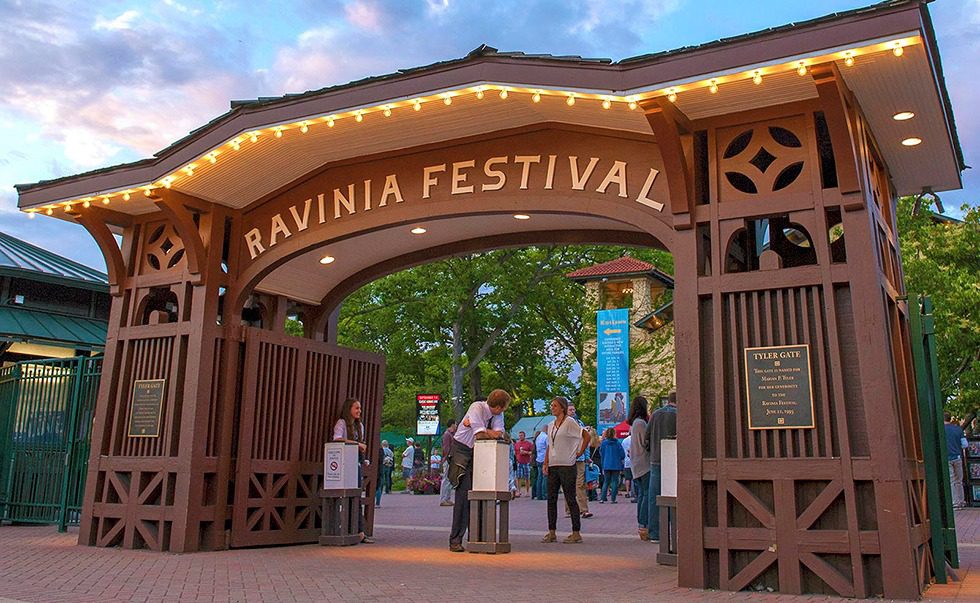 Ravinia, North America’s oldest music festival, stands today as its most musically diverse, presenting a large variety of different events throughout the summer. These concerts run the gamut from Yo-Yo Ma to John Legend and more. The 36-acre park is nestled in a gently wooded area that makes it an enchanting place to experience music. Guests can bring their own picnics or eat at one of the park restaurants.

The Chicago Theatre, originally known as the Balaban and Katz Chicago Theatre, is a landmark theater located on North State Street in the Loop area of Chicago, Illinois, United States. Built in 1921, the building was added to the National Register of Historic Places on June 6, 1979, and was listed as a Chicago Landmark on January 28, 1983. The 3,600 seat auditorium is seven stories high, more than one half of a city block wide, and nearly as long. The vertical sign “C-H-I-C-A-G-O,” at nearly six stories high, is one of the few such signs in existence today. A symbol of State Street and Chicago, the sign and marquee are landmarks in themselves, as is the 29-rank Wurlitzer theatre pipe organ. 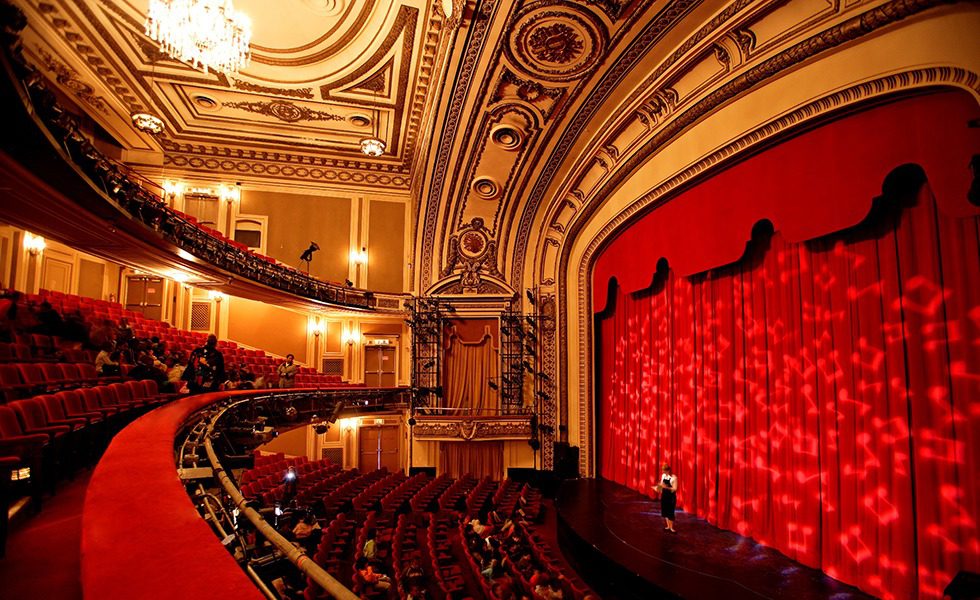 What exactly is classical music?

The term “classical music” can be used in two ways. When it’s capitalized, it’s usually referring to a historical period (c. 1730-1820), the time of Mozart and Haydn. The other meaning of “classical music” is much broader, covering the entire canon of Western art music, from Gregorian chant to Philip Glass and beyond. It encompasses a vast range of styles, forms and techniques, but in one respect, classical music differs from other types by its use of music notation, which is used by composers to indicate the pitch, speed, meter, rhythms and overall execution of the music. From the simplest song to massive compositions of mind-bending complexity, classical music often attempts to affect the mind, body and spirit in profound ways; the greatest examples succeed in doing just that.

How long are concerts?

Our symphonic concerts tend to be between 90-120 minutes, often with one 20 minute intermission. Chamber concerts may be shorter, and often take between 60-90 minutes.

What should I wear to a concert?

Whatever makes you feel comfortable! Our audience members have arrived wearing anything from jeans to black tie formal. We often display a red carpet and step and repeat before concerts, so if you love your concert outfit you can keep the memory of it forever!

What if I arrive late to the concert?

Late seating is handled at the discretion of the house management. You may be seated in the back of the hall to minimize disturbances for other audience members. We encourage you to plan extra travel time, since traffic and public transportation can be unpredictable in Chicago.