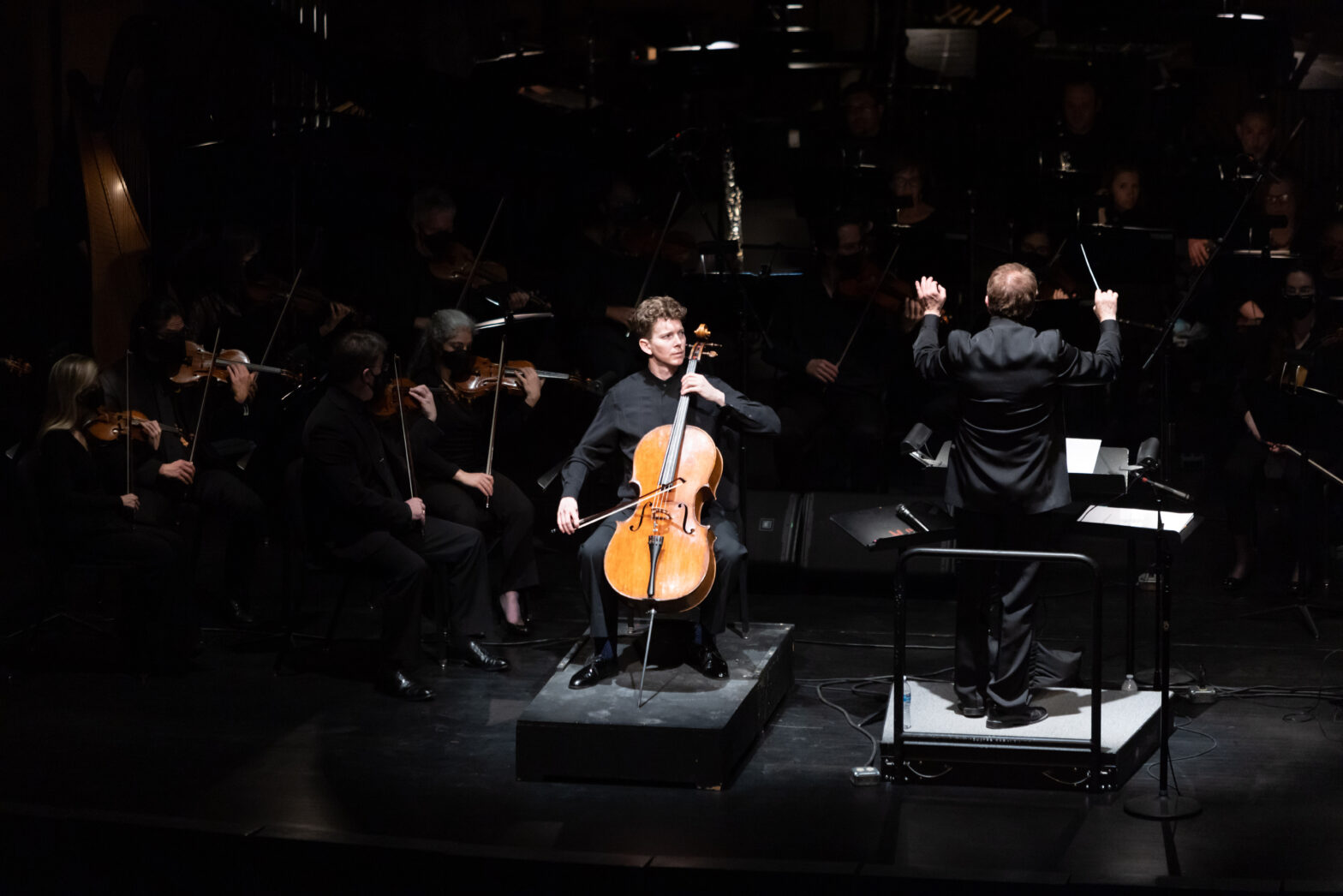 Chicago Philharmonic amazes with the powerful music of Tan Dun

“…a wonderful evening of a journey through a global musical soundscape. I highly recommend that you avail yourself of the music by these artists.”
– Kathy Hey, Third Coast Review
On Saturday January 14, Chicago Philharmonic and Artistic Director & Principal Conductor Scott Speck presented a concert featuring the music of composer Tan Dun. It was an ambitious, rewarding concert that brought audiences to their feet several times, and a thrilling way to ring in the 2023 Lunar New Year. Grammy and Academy Award winning Chinese-American composer Tan Dun is a leading figure in contemporary classical music. He is known for masterfully blending aspects of traditional Eastern and Western music, especially in his hit score to the 2000 movie Crouching Tiger, Hidden Dragon.
The concert began with an improvised solo from pipa virtuoso Wei Yang, which the Hyde Park Herald called “glittering, made all the more dramatic by the fact that he took his seat in near darkness and played with a single spotlight on him.”
Next, the orchestra and cellist Joshua Roman performed Tan Dun’s Crouching Tiger Concerto, taking from Tan Dun’s film score to Crouching Tiger, Hidden Dragon. Guest percussionist Peter Ferry was featured in the piece as he played and walked through the orchestra, interacting with Joshua Roman and Chicago Philharmonic musicians.
“From the languid erhu-channeling slides of the opening, to the use of a metallic pick to evoke a pipa sonority on the cello, Roman was a commanding solo presence, clearly enjoying himself as he performed the involved solo part from memory.”
– Tim Sawyier, Chicago Classical Review
Crouching Tiger Concerto also showed off our astounding percussion section, with bold, theatrical rhythms in unison. Flutist Marie Tachouet was another standout with many alto flute solos.
Joshua Roman also performed a moving World Premiere of Rise by our Donna Milanovich Composer in Residence Reinaldo Moya. Reinaldo spoke about the piece to the audience via a screened video. “Rise is a work that is inspired by the passing of my brother Manuel over the summer of 2022, and I wanted to memorialize him musically through a lyrical work. Something that would bring a sense of calm and peace…the cello kind of takes up the role of this person trying to understand what’s going on.”
The piece moved the audience deeply, with a standing ovation and Joshua Roman returning to the stage several times for applause.
The concert finale was the American Premiere of Tan Dun’s Concerto for Guitar and Orchestra, Yi2, featuring guitarist Sharon Isbin. Sharon, one of the world’s foremost guitarists and a champion of living composers, commissioned the piece and worked with Tan Dun extensively to create Yi2. Yi2 takes musical influence from the Chinese pipa and Spanish flamenco guitar. After Wei Yang’s pipa solo, Yi2 brought the concert full circle. Sharon’s technical skills were on full display. Some of the most notable moments happened in an interplay between Sharon playing and Maestro Scott Speck clapping rhythmically in response.
After yet another standing ovation, Sharon treated the audience to an encore: a waltz Natalia by Venezuelan guitarist-composer Antonio Lauro. 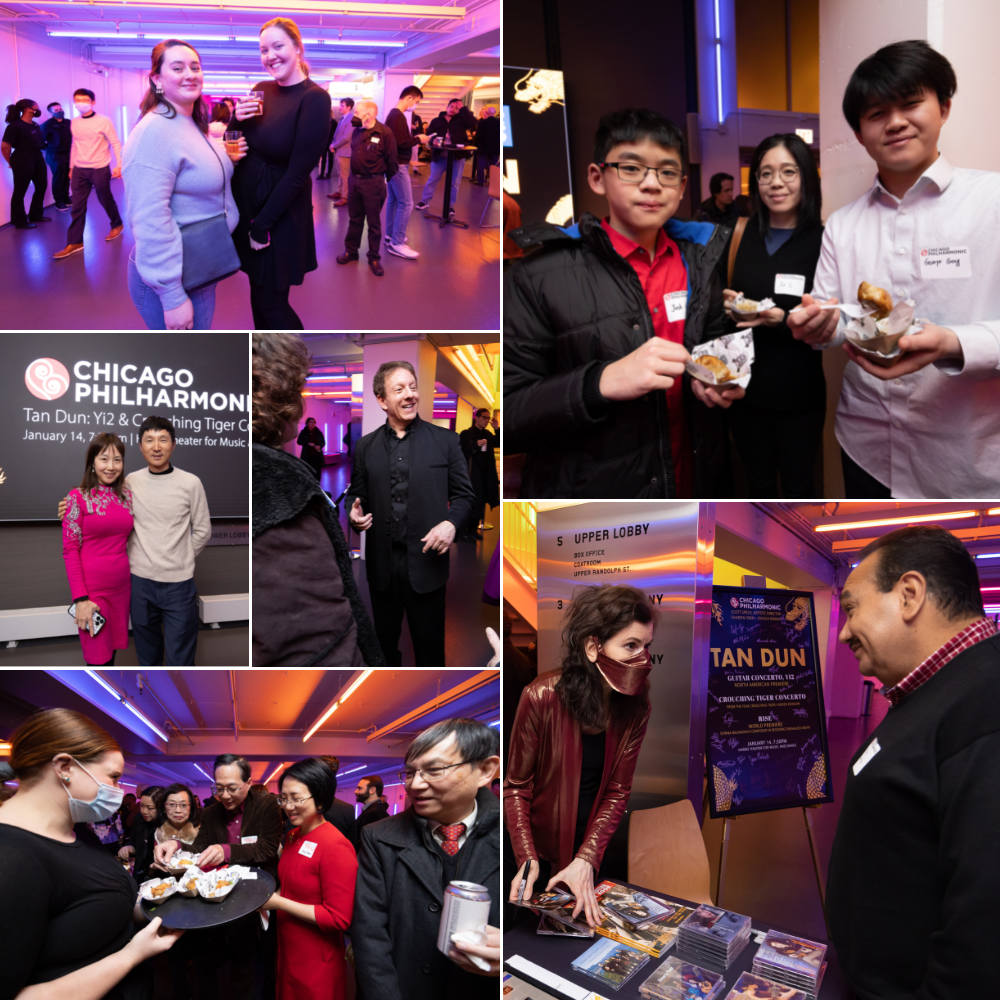 Interested in attending a Chicago Philharmonic concert? Join us on February 4 for an evening of Mahler and Schumann, or learn more about our other upcoming concerts here. 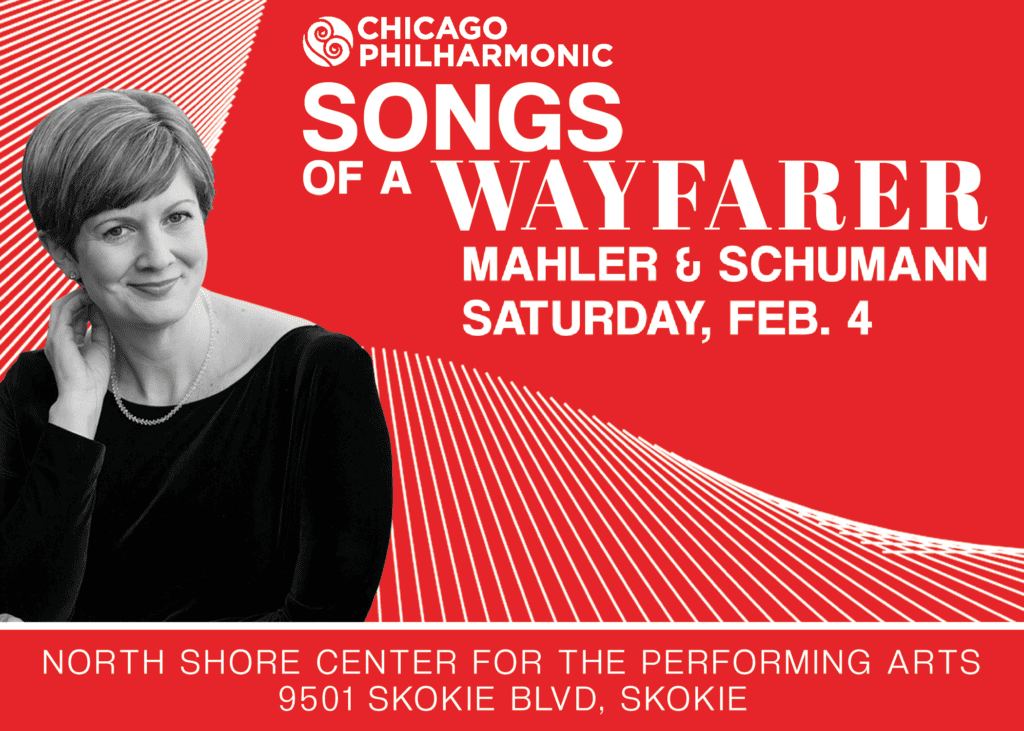